This Lent I have been practicing letting go of fear and learning to trust myself more. Instead of giving into fear and ‘not saying what I think’ or ‘taking a risk,’ I have been trusting myself and finding a whole new way of being. At times this has been terrifying but I feel transformed,  with a clear sense of who I am called to be and what I want to do with my life. This process of new life, of letting go of the old is something incredible.

My work at Tatua Kenya allows me to experience this miracle of new life daily as individuals, communities and cultures transform from places of death to places of vibrant life. Jacob, an organizing fellow with Tatua Kenya was reflecting on this resurrection that has happened in Ngong Village.

END_OF_DOCUMENT_TOKEN_TO_BE_REPLACED

Tatua Kenya, originally Be the Change – Kenya, was founded in 2010 with the goal of creating new and sustainable ways of eradicating child poverty in Kenya. The founding members were deeply disturbed by the fact that children at orphanages in Kenya ate one meal a day, had no clean drinking water and couldn’t afford to go to school. For years, people had been trying to address these problems through outside donations but every time the money would run out the Kenyan orphanages were left to find another donor. My experience as a community organizer gave me the knowledge needed to train youth leaders in Kenya to mobilize local resources for orphanages, thus providing a more sustainable revenue source. In doing this work, we were overjoyed, university students began a food drive to feed children, raised donations to pay salaries and organized a health clinic the treated 60 children who were in need of medical care.

However, something far more beautiful was happening under the surface, the team I worked with was transforming. Young adults, who had never had opportunities to lead began to assert their agency and in doing so recognized themselves as powerful agents of change in this world. They were waking up to the truth that they could do whatever they wanted and, what they wanted was to achieve justice in this world. In the past four years, I have come to understand that truth as the beginning of change.  Change begins with us realizing our intrinsic power and dignity.

Over the last four years at Tatua I have moved away from the attention to fixing the physical challenges of poverty and increasingly curious about this one question, “How do people wake up to the power that lay dormant within them?”

END_OF_DOCUMENT_TOKEN_TO_BE_REPLACED

I began saying my goodbyes mid January, I was sitting on a rickety wood bench in Embu Kenya, peering into the eyes of my good friend Patrick. I told him, in about a year I’m going to be returning to America and I won’t be coming back for a bit. It would be sad, but I would come visit as much as I could. I started to cry, not big tears but soft tears of recognition that this phase of my life would end soon.

It’s my goal to walk into this departure full on and accepting all of it. There are so many moments I enjoy here, the glance of my best friend, children dancing on the streets, gospel music blaring on Sunday mornings. I will not have those soon and it’s good to be as prepared as I can be for that loss.

END_OF_DOCUMENT_TOKEN_TO_BE_REPLACED 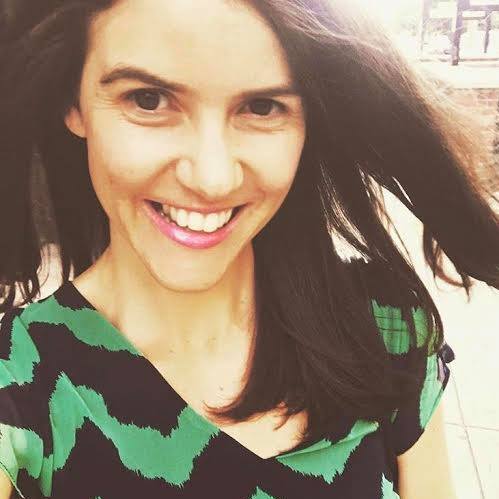 Natalie is currently the Director of Programs and Engagement for Episcopal City Mission (ECM) in Boston, MA. ECM cultivates partnerships between local organizations, grassroots movements and faith-rooted communities who are working towards economic, racial and immigrant justice in Massachusetts. She is also a postulant for the Diaconate in the Diocese of Massachusetts.